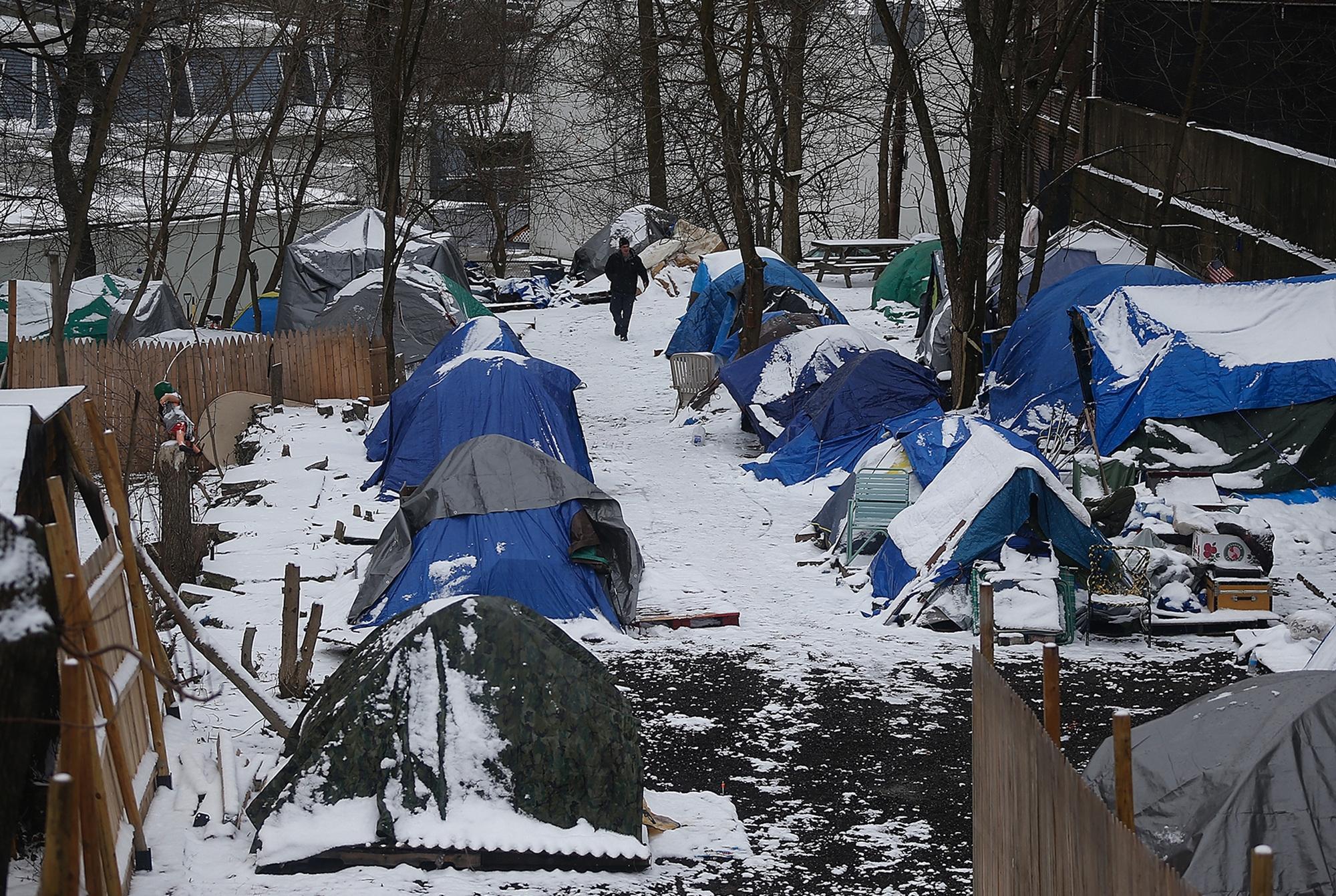 January 6, 2023 - the 4th anniversary of the forced closure of Akron's tent city.

Today, January 6, commemorates the forced closing of Akron's tent city on my private property on January 6, 2019.

I have ALWAYS said, if you don't like my ideas then come up with your own ideas.

Some of the refugees from that displacement came to my property to stay with me.

There were an estimated 50 people who were displaced in that eradication.

I truly believe nothing has changed after all this time.

We ALL KNOW we have American citizens freezing to death on the streets of Akron Ohio.

We ALL KNOW there are people who will gladly take care of them with private land and private money if the government would let us.

And yet the only thing the government has done to help the homeless epidemic in Akron is to sue me. That's their big contribution to solving homelessness in Akron. (I now face fines and jail time if I allow so much as one single tent on my private land.)

I will not stop. I cannot stop.

I am now running for Ward 8 Akron City Council to take my fight into the halls of city council. This journey has opened my eyes to the truth of the nepotism, corruption and complete disregard for ALL the people of Akron Ohio.

Akron politicians only care about one thing: MONEY. And no human being will stand in their way when money is on the line.

I STAND WITH THE PEOPLE.

I stand with the teachers of Akron and fully support their strike.

I stand with the residents that fought so hard against the White Pond abomination of a development.

I stand with taking care of our environment.

I stand with YOU.

I am deeply and eternally thankful for your support and love and hopefulness. Your beauty and wonderfulness are the energy that keeps me fighting.

Thank you for everything.

The pictures here are some pictures from our beautiful community we had at Akron's tent village. It truly was a very special place.